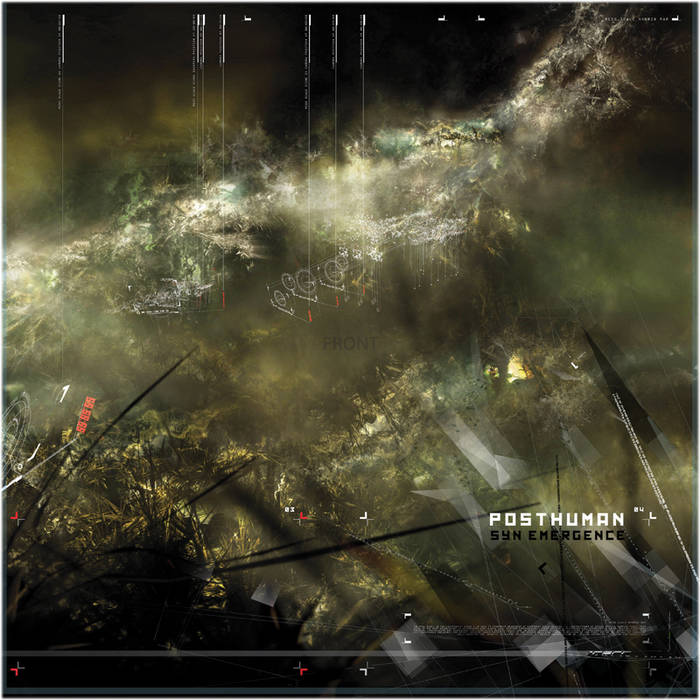 dijitl All of the great components: fat basslines, lush pads, dark stabs and solid beats are woven into this interesting and progressive album which keeps giving me new things each listen Favorite track: Crone.

"Original, unreleanting, and demonically dark, this is a potentional classic in the making"
9/10 - RECOMMENDED (IDJ MAGAZINE)

"prepare to have your limits pushed"
8/10 (CLASH MAGAZINE)

"Syn Emergence is a lovingly textured album with all the detail you would hope for from Posthuman. Chunky mixes with splendid quacking basslines. Favourites are the bleak tones of Stockholm Syndrome Pt1 and the hardcore drama of Eruder. Fine posthuman shapes in all"
ED HANDLEY / PLAID

"Bases covered, dancefloor destroyed, production impeccable and dirt on a stick thoroughly dipped, this is one hell of an album!"
MARK ARCHER / ALTERN8

"PostHuman's new album is the Quantum Leap of Dance Music. From warehouse vibes to sleazy dub, broken beats to menacing techno, after each good deed, you never know what electro-groove will turn up next.
This is an album for those expect a little more from dance music"
DAVE CLOUGH (MR. NO HANDS / MIXMAG)

“Yep, I really like it. Thanks for sending it over. It's somehow familiar and original at the same time, great stuff; we will support in our sets 100%”
SIMIAN MOBILE DISCO

"Cutting edge Techno album from Posthuman, real quality production and effort has gone into this project and the results and sound show. With a mixture of some quite hard tracks and some real sublime musical tracks, this one is a keeper. Atmospheric, spaced out, glitchy, abstract, out of the box, crisp, punchy, rollout - all words we like, get this!"
ATM

Bandcamp Daily  your guide to the world of Bandcamp